You are here: Home / About ACA / Meet the Faculty and Staff / Science and French Teacher 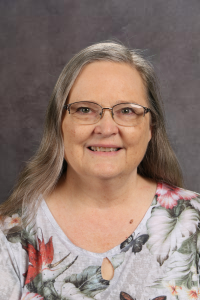 Jennifer Anderson’s passion for Christian education is deeply rooted. After graduation from American Heritage Christian High School in northern California, her studies at Faith Baptist Bible College in Iowa included courses in Christian education. She completed her Bachelor’s degree at Iowa State University in 1981, majoring in French and minoring in Physics. During the past twenty-nine years, Jenny has taught in several Christian schools in Iowa and Minnesota. For fourteen years she owned and operated a homeschool ministry/academy that was well-known and respected throughout the Iowa homeschool community. The school had a top enrollment of 53 students in grades 3-12.

In 2005, Jenny earned a Master’s degree in Interdisciplinary Studies with an emphasis on language learning, including ESL, from Iowa State University. Her graduate training included intensive French courses taken in residence at Laval University in Quebec, Canada. In 2006, the Iowa Department of Education awarded her a Master Educator License with endorsements in French, Physics, and General Science. She also holds a provisional endorsement in Spanish.

Jenny is a member of The Network of Iowa Christian Home Educators (NICHE), having served for many years as the coordinator of the organization’s annual Iowa homeschool graduation and as a NICHE conference workshop speaker. She is also employed part-time by Iowa State University, where she tests the English skills of international graduate students. Through the Ames Figure Skating Club she trains in adult competitive ice skating and teaches skating classes sanctioned by United States Figure Skating Association.

Jenny was influenced by Biblical truth from the time she was very young. Growing up in a Christian home and a Bible-preaching church aided her early understanding of her personal need for a Savior as well as God’s provision of salvation in the person and work of his Son, Jesus Christ. Her initial faith in Christ at the age of six developed more adult maturity through high school and Bible college. She fellowships at Webster City Bible Chapel, where she ministers as the church pianist, and her husband, a regional trucker, regularly contributes to the church’s preaching and teaching ministry.

Jenny believes that the real purpose of education is to help young people answer the big questions of life: Who am I? Where did I come from? Why am I here? Where am I going? The content of the subject areas such as History, Math, Art, Science, Music, and Language serves as a tool to develop those answers from a Biblical perspective. She is committed to the principle that parents are the primary educators of their children, and she offers her services as a professional educator to assist, encourage, and empower parents to fulfill their God-ordained mandate.